Who I am and who I’ll be 08/05/2020
Writer and editor Christy Wright has over 18 years experience in the industry, with work published in The Globe and Mail, Flare, Chatelaine and more. She shares her experience with beauty, getting over insecurities, and aging with taste and style.

DON’T OBSESS ABOUT YOUR APPEARANCE, DON’T BE A VICTIM OF ADVERTISING AND THROW AWAY THE MAGNIFYING MIRROR.

Christy Wright       As I get older, I don’t like to wash my face in the morning because my skin has a nice glow about it when I wake up. If I have to cleanse in the morning, I’ll use something really gentle like Bioderma Micellar Water. I apply Lancome Effacernes Concealer around my eyes – I’ve used this stuff for about 20 years and it is the best. If I’m going to wear foundation, I use Bobbi Brown SPF 15 applied with a brush. I have pink undertones and Bobbi Brown has great yellowy bases so the colour counters pink and always looks natural. I put Lancome Dual Matte Finish Powder just on the tip of my nose, it is really matte so it’s a look if applied all over. It comes with two applicators – one is a regular blotting pad and the other is a sponge that you can moisten and then use the powder as foundation. It’s weird because it looks kind of purplish red in the compact but it goes on really natural, so I love that. I like any blush that isn’t too pink – right now, it’s Charlotte Tilbury Cheek to Chic in Ecstasy. I use Benefit Gimme Brow and They’re Real! Mascara. To add a bit of glow I use RMS Living Luminizer on the inner corners of the eyes and cupid’s bow. I also just tried 19/99 All Over Gloss and I love it! I only wear lipstick if I’m going out. I have a lot of MAC and love their Desire shade – if you just lightly blot it on, it makes your lips look a deep natural berry colour. At night, I remove eye makeup with my Bioderma and cleanse with Eve Lom Cleanser. Goop copied it with their melting cleanser but Eve Lom is the original rich balm with muslin cloth. Now that I’m older I need a gentler cleanser. When I was a teenager, I used this scrub called “Snap!” which mechanics would use to wash their hands after working on cars, as well as “Aapri,” a really abrasive apricot scrub. Now I take a soft approach. I love the Eve Lom Cleansing Balm because even though it is so gentle is really gets rid of dead skin and makeup, and I love that I take it off with a warm muslin cloth; it’s like a little spa before bed. If I need any moisturizer, I apply Dremu Emu Oil. For all-time classics, YSL mascara in burgundy is a must if you have green or blue eyes – it really makes them pop and Guerlain Bronzing Powder looks natural on even the fairest skin.

CW      I used to think oil was the skin’s enemy when I was young; now I know how good it is. I’m gentle with my skin too – I used to scrub the hell out of it! I’m also careful about sun exposure in a way I wasn’t when I was younger. I used to be a life guard and I would sit out in the sun and bake my skin with something like Vaseline. Now I am really careful in the sun. I use the La Roche Posey 50 SPF on my face. I look insane whenever I go to the beach or go away, but I love it and think it works so well.

CW      I’d like to say no but ultimately I think most women do and I specify women because I think men get away with murder! They can be saggy, baggy, wrinkly, pudgy and it doesn’t matter, whereas women have to be preternaturally smooth and skinny – compare Hollywood actors and actresses over 40 and you get the picture! I worked in fashion retail years ago and it was a vipers’ nest of mean girls so I know how judgmental people can be about appearances. I was naturally skinny in my 20s – I’m almost 5’9” and I weighed 125 pounds – and I ran into someone I hadn’t seen since then and she said, in not a nice way, “wow you look different” and I said, “yes, a bit older” and she look me up and down and said, “no, it’s not that.” The pressure to be thin is beyond pervasive and I just think, when are you allowed just to be 51 and eat pasta? 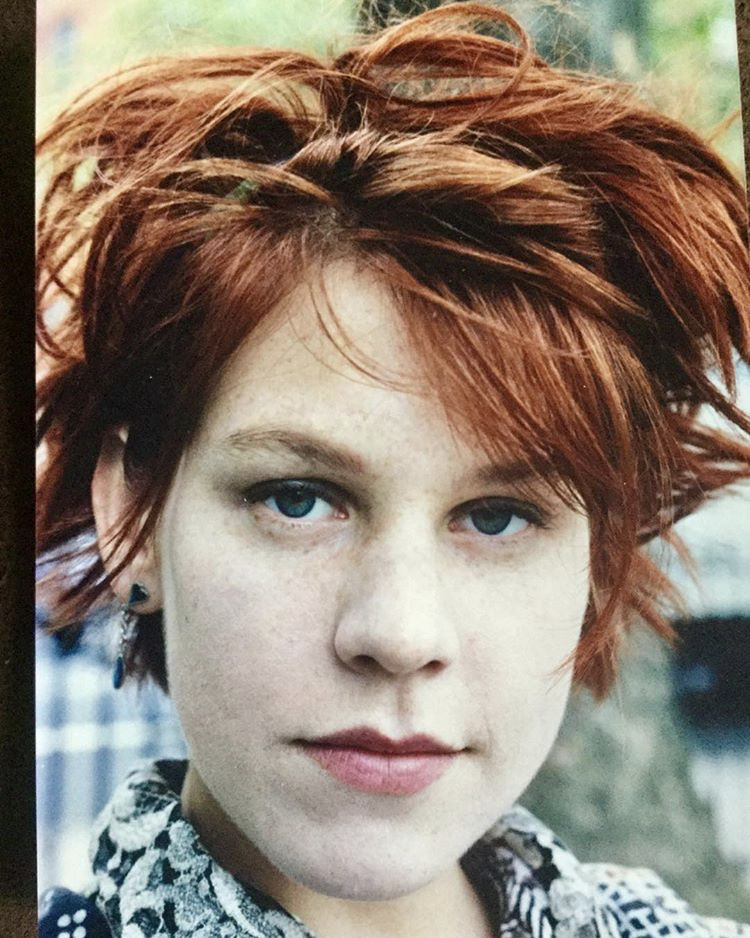 I WISH WE COULD STOP REVERING YOUTH, RESERVE THE LULULEMONS FOR THE GYM AND EMBRACE SOPHISTICATION.

CW      It does! The societal quest for youth combined with globalization has homogenized us. I think of my generation’s grandparents who got properly dressed everyday even if they were staying at home – men wore collared shirts, dress pants; women wore skirt suits, hosiery, pearls. I like that careful consideration of presenting one’s self. Now 60-year-olds are wearing yoga tights and concert tees – mothers are dressing like their daughters and I think it’s creepy. It is really idolizing youth in a way. I wish we could stop revering youth, reserve the Lululemons for the gym and embrace sophistication. You have to consider innate personal style too when it comes to being age appropriate because if you have style you can get away with anything at any age. Grace Jones is wonderfully terrifying and completely age inappropriate and that’s why she’s so fantastic. But not everyone can be Grace Jones.

CW      Don’t obsess over your appearance! I have had a job of some sort since I was 10; I put myself through university; met the most incredible man who I’m still with 30 years on; got a degree; got a job where I used my degree; bought real estate in my 20s; established a successful freelance career; got published in national newspapers and magazines – and throughout it all was thinking things like: oh god I’m fat, I hate my hair, my ears are too big, my skin is gross, my pores are enlarged, my feet are ugly. Total insanity! If I had spent as much time studying languages as I did analyzing my T-zone, I’d be an accomplished polyglot. So yes, don’t obsess about your appearance, don’t be a victim of advertising and throw away the magnifying mirror.

CW      Just the sheer terror of losing control of one’s body and dying a slow painful death. Other than that, I’m good with it. Seriously, it’s more about healthy and mobility than vanity at this point. When I exercise I’m not thinking about losing weight so much as being healthy – blood pressure, bone density, all the fun stuff.

CW       I think we’ve reached that point as a society. We live in a world now where people unquestioningly support ruthless corporate greed and where gig economy workers don’t receive a living wage (do not get me started on Uber!). I think the Coronavirus has shown people how important regulation is, how important unemployment insurance is and how we need a social net. It’s a dark time in the world and if aliens landed and saw us glued to our phones and our apps, saw the widening wealth gap, the melting ice caps, Donald Trump and Doug Ford, they’d rightly conclude we stopped learning. As individuals aging though I think we do continue to develop. The thing about aging is that young people forget older people are constantly learning and, like it or not, often know more than they do. Young people think older people (like me) have nothing to share. I could school so many young people on music, food, books, movies, but I don’t. I guess that’s part of growing and learning – yes, I’m not on younger people’s radar (even if they’ve just discovered a song I knew 30 years ago) but I no longer feel compelled to be.